We want to believe
by
Harry

In a recent State Farm commercial, two friends stand on the sidewalk discussing the company. The man asks his friend where she heard something she obviously misunderstood about State Farm. She tells him, the Internet. Then she says, “They can’t put anything on the Internet that isn’t true.”

A moment later her date shows up. She tells the friend he’s a French model she met on the Internet. Without being unkind, let’s just say he doesn’t look much like a male model. The woman’s naiveté (a real French word) is satirically re-exposed when he says “bon jour” in an accent that sounds more like Paris Texas than Paris France.

It’s a funny commercial for two reasons. First, on some level most of us want to believe things we read, especially if they’re presented in some official-looking way. Second, we all know better than to believe everything we see on the Internet.

We see this happen to bright, adequately skeptical people all the time. Ransomware is an example. It infects your computer and eventually interferes with some of its normal functions. You may not be able to print or get on the Internet when ransomware’s doing its dastardly deeds.

Then you get what looks like a legitimate error message. It will say malware or corrupted registry or other dangerous files were found on your computer.

If you’re like most people, you get concerned. Lucky for you, the warning comes with a solution. Pay $24.95 with a credit card and you can get the problems corrected. That’s what puts the ransom in ransomware.

Here’s where the desire to believe and the need to disbelieve engage in a fight that leaves one of them dead. The people who devise these malicious scams are good at what they do. The need to disbelieve loses more often than you might expect. It is estimated these and similar scams produce millions, maybe billions of dollars for the criminals who use them to exploit innocent people.

The key to the success of these criminal enterprises is creating the appearance of legitimacy. Another, subtler money drain has gained popularity in recent years. This one actually provides some service although it’s usually limited and almost always priced way beyond its value.

It begins when you search for online support with a particular product. It might be a router or software such as Microsoft Excel. The top few search results push expert, 24/7 phone support. It appears you have found a direct link to the support department of the company that sells the errant product.

The helpful person on the phone tells you they charge by the minute or fractions of an hour. He or she might even say the last few calls only took 20 minutes. The technician can take control of your computer remotely, which is pretty standard practice in modern tech support.

At two dollars a minute, it seems like it would be worth $40 to solve the problem and move on. You give your credit card number and the clock begins ticking.

Here’s what you don’t know. The same company pushes professional-looking, paid search engine ads for nearly every technology product imaginable. Each ad looks like it has been placed by the individual manufacturer. It wasn’t. You aren’t on the phone with Microsoft or Apple.

Instead, all the phone calls are answered by the same group of low level technicians who have no particular expertise in any of the advertised technology. At $2 per minute, you’re paying $120 an hour for a so-called technician who’s probably making what he or she is worth, $10-$15 an hour.

You’re connected to a boiler room operation. You will never get off that call in 20 minutes or even 40 minutes. We recently fixed a customer’s problem after he paid the remote repair service $300 the night before and ended up with more things broker than when the repair began. He was hoping to get his money back from the credit card company.

I was trying to think of some advice to end this column and began thinking of the famous quote, “believe nothing of what you hear and only half of what you see”. I couldn’t remember who said it so naturally, I went to the Internet. According to Google those words were first said by Ben Franklin, Dinah Mulock Craik, Edgar Allen Poe, Winston Chirchill, Helen Keller or Marvin Gaye, depending on who you believe. 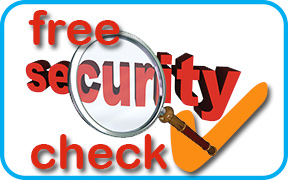 Beach Cities Computers & Video will perform a free, comprehensive, on-site security analysis of your network. We will look at everything from your Internet connection to your printers for vulnerabilities and let you know how to fix them and how much it will cost.

Call BCC&V for help with all your compliance needs.